An ode if you will…to the organizers, volunteers, musicians and participants of the Virginia Key GrassRoots Festival of Music & Dance, which took place last month in beautiful Virginia Key, just minutes from downtown Miami Florida.

“Every day brings a chance for you to draw in a breath, kick off your shoes, and dance.” – Oprah Winfrey

“Life is short and there will always be dirty dishes, so let’s dance.” – James Howe, Totally Joe

The email appeared in my inbox and I could not have been happier. I was invited back. Now I just had to clear my schedule and find a camera assistant and sound person on short notice. A worthy task! Invitation to the 2016 Virginia Key GrassRoots festival made me want to sing a ditty and dance in the rain, and I did! 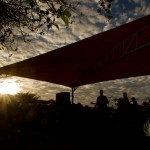 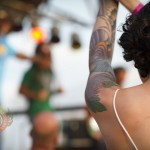 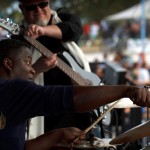 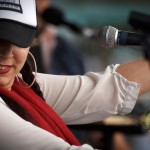 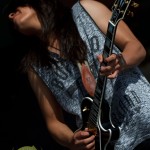 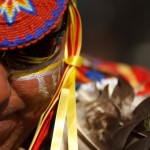 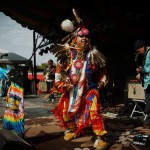 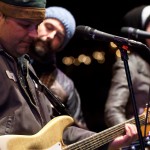 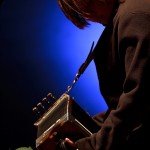 I moved to Florida in 2014 and soon met David Habeck with Ultimate Environments, through my West Virginia paddling friend Jesse Raymond of Soultree Surf. David is a benefactor of the Virginia Key Grassroots Festival. Among the many duties David volunteers for with the festival, he facilitates permits to help bring the festival to fruition. Through him I was invited to photograph the festival in 2015, and again in 2016.

The 2016 Virginia Key Grassroots Festival is an extension of the original GrassRoots which started in Upstate New York in 1991, and currently consists of three venues, with multiple dates, celebrating a progressive genre of music including jam band, Bluegrass, Cajun, Zydeco, African, Reggae, Country, Americana, Native American, old-time music, Irish music, Rock & Roll, Hip Hop, and Rockabilly, all of which share a common significance – great dance music, on the Beach!!

Virginia Key is an island (key) east of downtown Miami on the route to Key Biscayne. Virginia Key Beach Park is managed by the City of Miami via the Historic Virginia Key Park & Trust, and is virtually untouched by development of any kind!

It’s a small wonder Virginia Key exists as it does – with two of the richest per capita zip codes in the country, Key Biscayne to the South and Fisher Island to the North – without having been developed. Here’s a little history.

GrassRoots was founded by popular Americana band Donna the Buffalo and is celebrating its 26th year.

As a Journalist and reveler, I’m in awe of the commitment the musicians and organizers represent to bring such a festival together.

As a music lover its hard to find a better way to ply your craft than documenting live music, meeting band members, interviewing people, and dancing with a throng of beautifully inclined individuals gathered in celebration of music and dance. 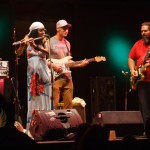 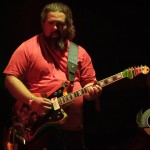 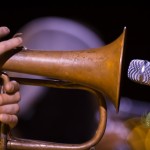 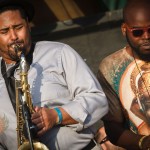 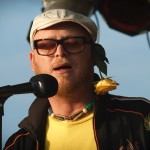 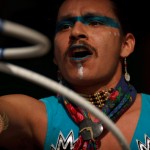 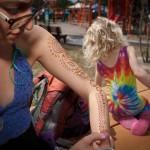 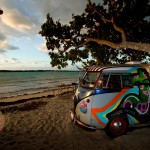 GrassRoots organizer Hillary Davis, said it best in her interview…

“We encourage people to hold celebration as a core value, not something extra we take time to do. I feel that in America we tend to finish one job and never pause to congratulate ourselves, or our community, and just move on to the next thing.”

Hillary’s statement, for me and for many others, exemplifies the true nature of what a festival should be – A celebration of life’s accomplishment!

With this number of bands, and divergent musical genres, the cultural benefits alone are worthy of the price of admission – $100 for all four days, plus camping for all four days from $60, $140, or $200 respectively based on choice of tent, vehicle, or RV camping. Not to mention the world market food court, artist vendors, heart, body & soul boroughs, the kids village, the Zen village, sustainability fair & expo, the biking initiatives, beer gardens, and a cornucopia of holistic and eco minded contributors participating from near and far.

The depth of artists, performances, and community is mesmerizing. “GrassRoots brings communities of multi-cultured backgrounds together through the magic of music, art, dance, education, wellness and sustainability.” http://virginiakeygrassroots.com/general-info/history

Community is a major cause for GrassRoots. Many of the buildings built by GrassRoots, become permanent structures for the venue sites after the festivities depart. At Virginia Key GrassRoots, organizers and volunteers build and donate sleeping cabins, gazebos and picnic shelters which the Park uses year round as permanent amenities and attractions.

This is simply one example of the mission GrassRoots bequeaths to its partnerships and local communities at venue sites. “The impact of GrassRoots Festivals expands far beyond that which occurs during these four-day festivals.” 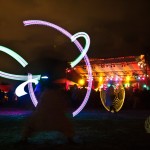 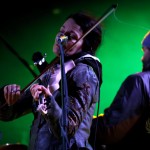 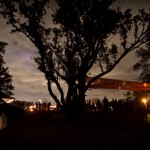 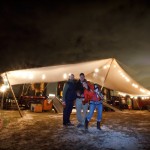 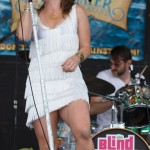 Documenting the 2016 Virginia Key GrassRoots Festival provided me the means to be part of something bigger than work!

As a spoke in the wheel of the 2016 Virginia Key GrassRoots Festival I became engrossed in its mission. There are few better ways to spread positive vibrations than through music and dance in developing economic largess and community spirit. Everyone I met, interviewed, and worked with are of different profession, background, religion and culture, with the common belief and goal of sharing interest in employing music, dance & celebration to strengthen community health & wealth.

As a cog in this wheel – I want to express my thanks and appreciation for the opportunity to be a part of this amazing celebration.

My toast to music & dance…

“May you eternally dance to the light of the moon, to the love of expression, in health and happiness, with all of earth’s creatures.”

In my six days reveling at the 2016 Virginia Key GrassRoots Festival, with the many staff who generously give their time as volunteers, I find it hard to express how impressive it is what you do. The magnitude of the undertaking to organize, construct, facilitate and operate this festival is second only to the great mix of music, performers, and revelers here to sing and dance!

Without its dedicated volunteers the 2016 Virginia Key GrassRoots Festival would not accomplish what it does.

Enjoy the video trailer. A final edit will be out soon.

Stay up to date on new releases, news and more good stuff.